Posted by Scintillion Institute on August 30, 2021

Metabolism or the set of life-sustaining chemical reactions defines the very wellbeing of humans. But can we better understand how cellular metabolism goes awry in various human diseases? The National Institute of General Medical Sciences just granted Scintillon’s Dr. Valentin Cracan $2.4 million to find out more! 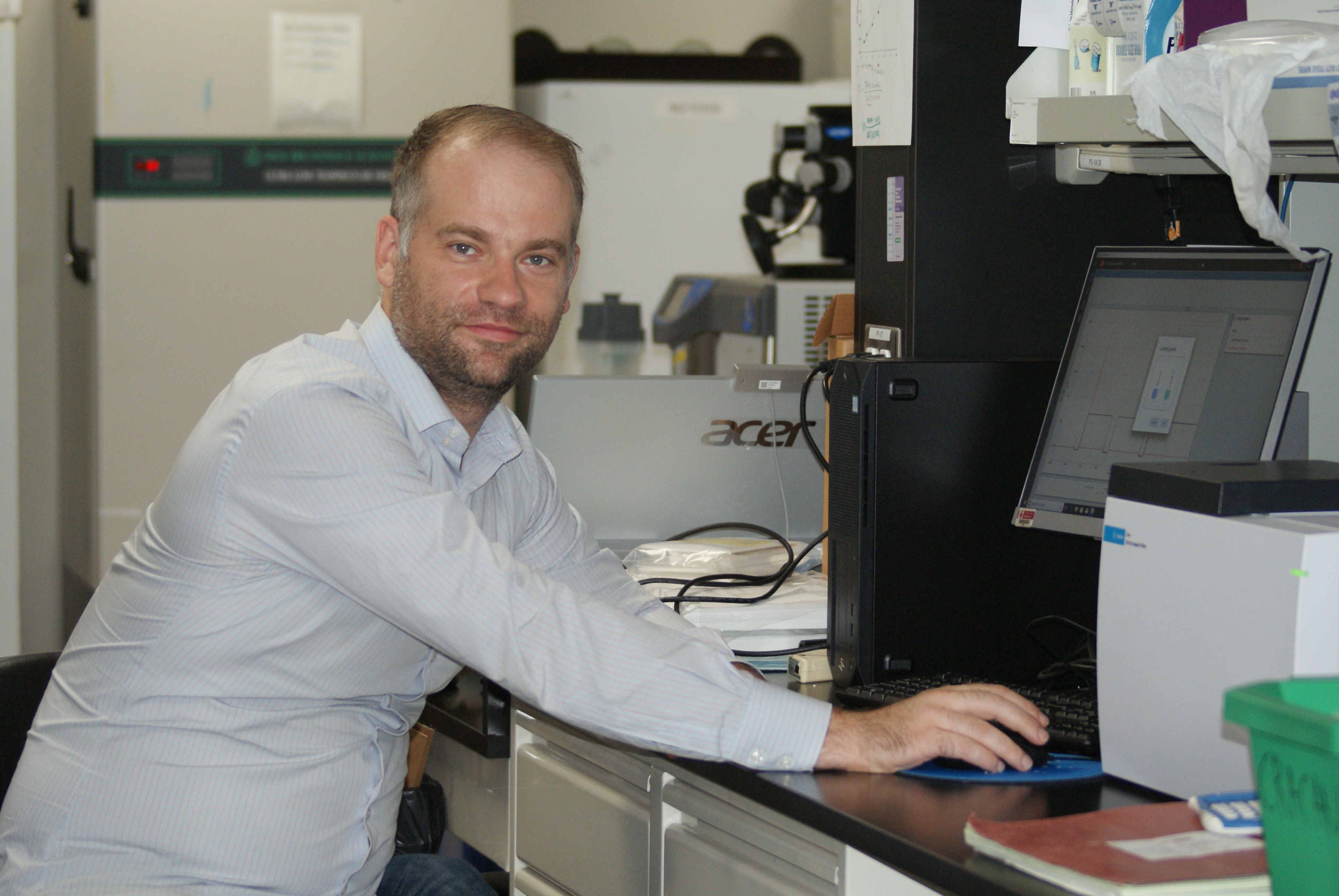 The National Institute of General Medical Sciences (NIGMS) has recognized Dr. Valentin Cracan as one of the nation’s highly talented and promising scientists to receive a Maximizing Investigators’ Research Award for Early-Stage Investigators (R35 MIRA-ESI).  This grant provides about $2.4 million over five years to support the ongoing work at the Cracan’s lab that has received a number of NIH grants already since it was established about 3 years ago. We spoke with Valentin as we were interested in his research in the context of his new, special grant.

Valentin received his undergraduate degree in Biology and Biochemistry from the Moldova State University in the Republic of Moldova in 2005 and his Ph.D. in Biological Chemistry from University of Michigan in 2012, where he studied the intracellular pathway for trafficking of vitamin B12 (cobalamin) in the laboratory of Professor Ruma Banerjee.  While in graduate school, Valentin significantly contributed to our understanding of vitamin B12-dependent cell metabolism. In 2012, he joined the laboratory of Professor Vamsi Mootha at the Massachusetts General Hospital and Harvard Medical School. There, he obtained further training in studying mitochondria, the energy factories of our cells and major hubs of cellular metabolism. In the winter of 2018, Valentin joined the Scintillon Institute faculty as an Assistant Professor.

“We are broadly interested in the role of redox (reduction-oxidization) metabolism both under normal wellbeing and in human diseases”, says Valentin. “Comparing to more conventional grant awards, our MIRA award allows us more freedom to explore frontier fields like ours. With it we can develop innovative and difficult to build biochemical tools that should ultimately contribute to understanding how molecular metabolism is dysregulated in non-communicable diseases, such as cancer, neurodegeneration and the aging process itself”.

All forms of life require an uninterrupted flow of reducing equivalents, a process that can be compared to electricity that flows through various circuits. In order to control this flow, Nature implements special redox “currencies” that can both store and donate electrons. These redox “currencies” are called nicotinamide adenine dinucleotide (NAD+) and nicotinamide adenine dinucleotide phosphate (NADP+). 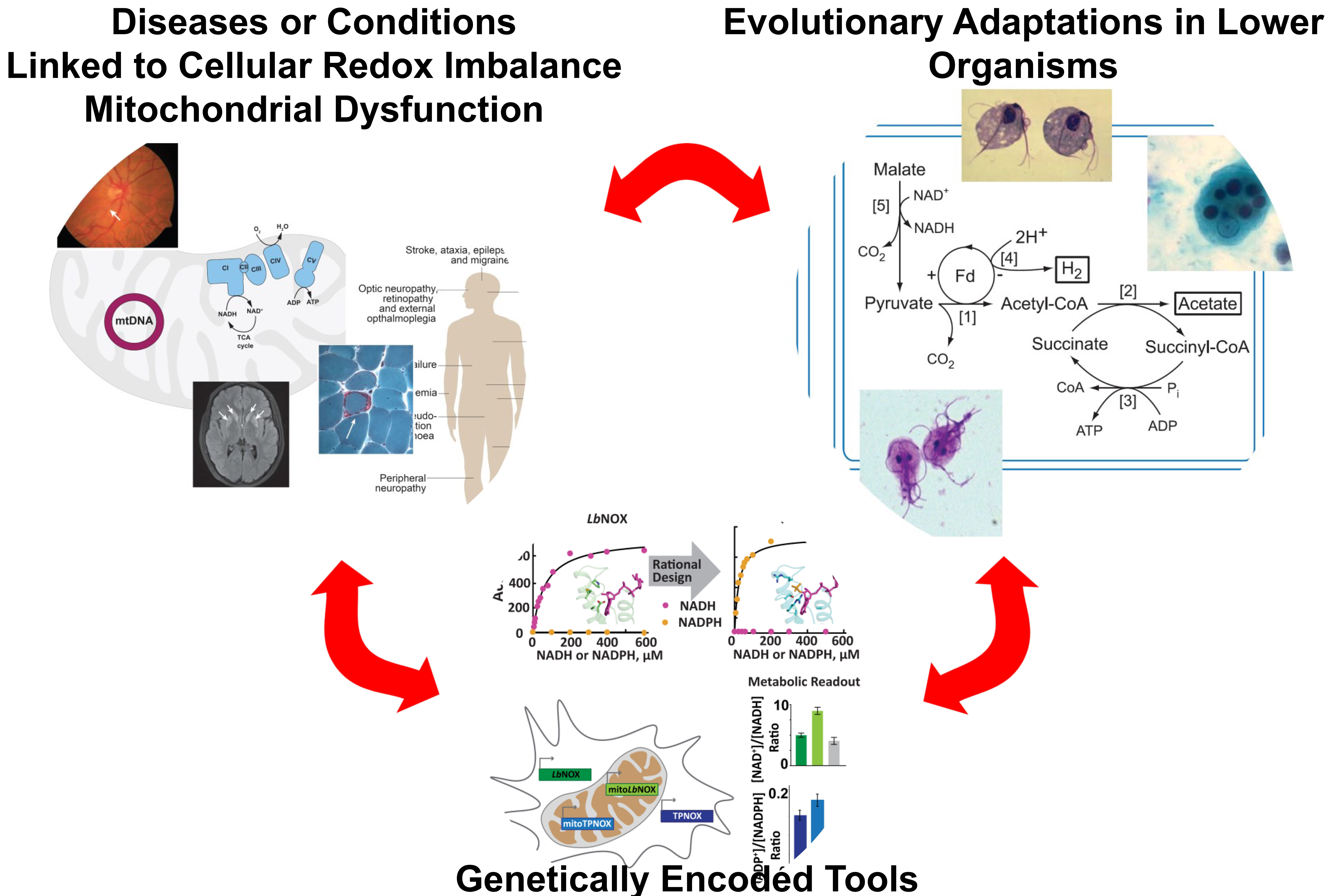 “In our laboratory we are developing “molecular rheostats” (a rheostat is a device that controls a current by adjusting the resistance) that can precisely control “the current” that flows through both NAD+ and NADP+ powered circuits”. “Our methodology is very different from previous approaches, which focused only on strategies that boost total levels of the NAD+ “currency” without also carefully considering the role of redox reactions where both NAD+ and NADP+ are involved”, he adds.

WHAT OTHERS THINK ABOUT VALENTIN

“Valentin is an outstanding scientist, highly innovative and productive, who can use his innovative tools to unlock key secrets of the biology of aging,” says Scintillon Institute President Jiwu Wang, PhD. “Tool building has been a proud tradition of our young institute. We are all very happy to see that Valentin, still an early-stage investigator as recognized by this prestigious MIRA-ESI award, was already able to recruit some of the world’s leading laboratories in the aging field as his collaborators. Together they will help us at Scintillon’s Aging Research Center to better understand the role of redox metabolism in the context of aging-associated metabolic changes.”

“I am always inspired by biographies of famous scientists and physicians. It is sometimes incredible to read their life stories, the hardships they had to overcome in search for discoveries and cures. We are so used nowadays to modern technologies, especially when it comes to genomics, metabolomics and other “omics” approaches and it is always fascinating to learn about fundamental breakthroughs of the past in basic science and medicine, all done in very modest experimental or clinical settings”, Valentin says.

“Our “molecular rheostats”, when expressed in different cellular compartments or tissues of model organisms, will allow us to establish a pipeline of discovery that will help our laboratory and others to go beyond the current understanding of NAD+-consuming reactions and identify other redox pathways that will undoubtedly contribute to our understanding and mitigating aging”, says Valentin.

Please check your e-mail for a link to activate your account.